Developmental disorders, also known as neurodevelopmental disorders, refer to a group of conditions that typically manifest early in development, most commonly before a child enters grade school. This group of mental health conditions is characterized by deficits and impairments in personal, academic, social, and/or occupational functioning. According to the American Psychiatric Association, the range in which these deficits present themselves can vary from very specific limitations in learning or the control of executive functioning to an overall global impairment of social skills and/or intelligence. There are a number of neurodevelopmental disorders, of which include autism spectrum disorders, such as Asperger’s syndrome, intellectual disabilities, and sensory processing disorder.

Autism spectrum disorders (ASD) occur during the course of brain development and include deficits in social interaction, deficits in verbal and nonverbal communication, and a participation in repetitive behaviors. The spectrum of autism disorders vary greatly in severity from one individual to the next, but all will result in the onset of disturbances in some aspects of a person’s ability to function.

Asperger’s syndrome (AS) is a subset of autism spectrum disorders and is considered to be on the mild end of the spectrum. People with Asperger’s syndrome experience difficulties in interacting socially, often engage in highly repetitive behaviors and tend to have a rigidity in their thinking patterns. These individuals also maintain a stern focus on rules and routines and become extremely disturbed if such rules and routines are interrupted.

Intellectual disability, previously known as mental retardation, is a neurodevelopmental disorder that is defined by below average intelligence or mental abilities, as well as a lack of the skills necessary for daily functioning. People with intellectual disabilities struggle with learning, reasoning, decision-making, and problem-solving. These individuals may also have difficulty effectively communicating and otherwise interacting with others.

Sensory processing disorder (SPD) is a condition that arises when a person’s brain is incapable of appropriately receiving and responding to information that is transmitted through the senses. With SPD, an individual’s nervous system does not correlate information that is received from the senses in the way that it should and is, therefore, unable to respond by turning the information into appropriate actions or behaviors.

StoneCrest Center is a 133-bed acute psychiatric inpatient treatment center for adolescents, adults, and senior adults who are in need of specialized behavioral healthcare services. With a vision to remain an ever-improving care center, we strive to redefine the way that mental health treatment is delivered. By focusing on reintegrating patients back into the community by increasing problem-solving skills, communication skills, coping abilities, and enhancing their self-esteem, our compassionate staff is committed to providing a safe, supportive environment for those who entrust us with their care. With our state-of-the-art sensory room, we are the only treatment center in the state that is also able to provide specialized services for individuals with developmental disabilities. With proper therapeutic interventions, individuals who are facing the challenges of living life with a developmental disorder can develop the tools needed to manage their symptoms, set and achieve goals, and lead a full and productive life.

Helping a Loved One

Having a child who is struggling with any type of developmental disorder can be heart-wrenching. You may feel helpless as to what you can do for your child, while also feeling fearful as to what the future holds for him or her. While facing this type of challenge can be intimidating, there are things that you can do to help make the process of receiving treatment manageable and to help your child live the highest quality of life possible.

Why consider treatment for developmental disorders at StoneCrest Center in Detroit, MI

While there is no cure for developmental disorders, the symptoms that accompany these different conditions can be successfully managed when appropriate treatment is received.

Autism spectrum disorders (ASD), including Asperger’s syndrome – Due to the fact that the severity of autism spectrum disorders will affect everyone differently, the type of treatment that will most benefit each individual will vary as well. Inpatient treatment programs can be one of the most beneficial ways of receiving treatment for ASD because these programs are designed to be tailor made to fit each unique individual’s specific needs. The options for interventions that can be received in inpatient programs are vast and can include things such as speech therapy to reinforce proper communication techniques, occupational therapy to reduce overstimulation from sensory stimuli, and physical therapy to work through fine and gross motor delays and impairment.

Sensory processing disorder (SPD) –The symptoms of sensory processing disorder vary so greatly in type and severity amongst individuals that receiving specialized treatment through an inpatient treatment program can be one of the most beneficial ways for beginning the healing process. These programs allow individuals to have the opportunity to be removed from their normal, everyday lives and be placed in a safe environment where they can confront their symptoms while surrounded by medical and mental health professionals. Through individualized treatment plans tailored to meet each individual’s unique set of needs, patients can develop the skills they need to achieve the highest level of functioning possible.

The fully trained and qualified staff at StoneCrest uses a multidisciplinary approach to treatment, coordinating care amongst our in-house psychiatrists, nurses, socials workers, and activity therapists. By implementing a case management model that focuses on person-centered planning, each patient works with a therapist who serves as the patient’s coordinator and advocate during his or her stay. These therapists guide patients through the treatment process while establishing a therapeutic relationship as they help them work towards achieving their identified treatment goals. Our treatment programs are created to meet the needs of each patient as a whole in order to ensure that all needs are being addressed and coordinated while in our care. Some of the treatment methods used in our programs may include:

Medication management: The implementation of certain medication may be used when treating developmental disorders if there are symptoms of a co-occurring disorder present. All patients meet with a psychiatrist daily and see a doctor regularly in order to ensure the effectiveness of any medication that is prescribed and to make any changes that may be necessary.

Group therapy: Group therapy plays a major role in the treatment process here at StoneCrest. Multiple groups are held on a daily basis. For our MIDD program, group therapy is more skills-training based, but also includes nursing groups and psychoeducational groups.

Family therapy: At StoneCrest, we believe that family involvement is crucial in helping our patients be successful in the treatment process, and family therapy is held at least once during a patient’s stay. In addition to ensuring that family members are an active part of the therapeutic process, we also educate our patients’ families in order to help them understand what their loved ones are experiencing and discover ways that will help them cope with emotional difficulties that may arise in the future.

Depending on the specific needs of each patient, additional methods of treatment may be used, including:

Continuing care and levels of treatment for depression

When patients have completed the inpatient program at StoneCrest, they will meet with their social worker who will facilitate discharge planning. Our social workers will coordinate appropriate aftercare support, ensure placement or housing when necessary, and schedule any pertinent follow-up appointments with community agencies.

Our Programs
Start the Admissions Process 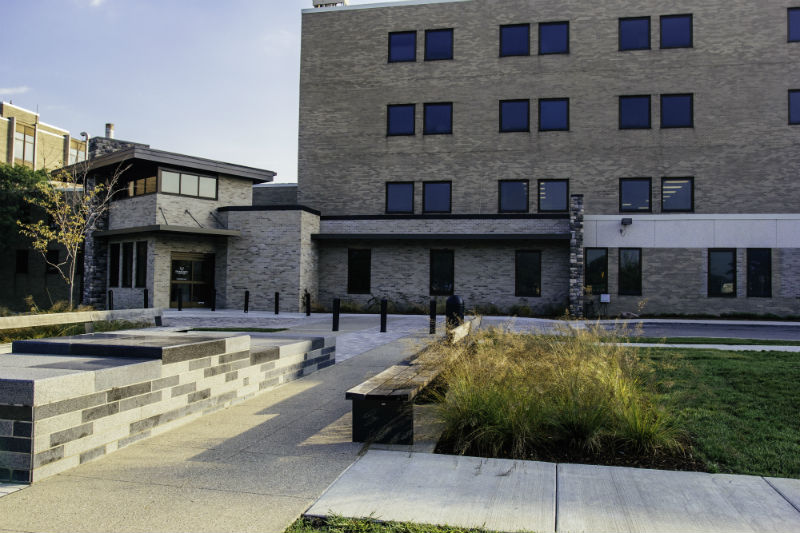 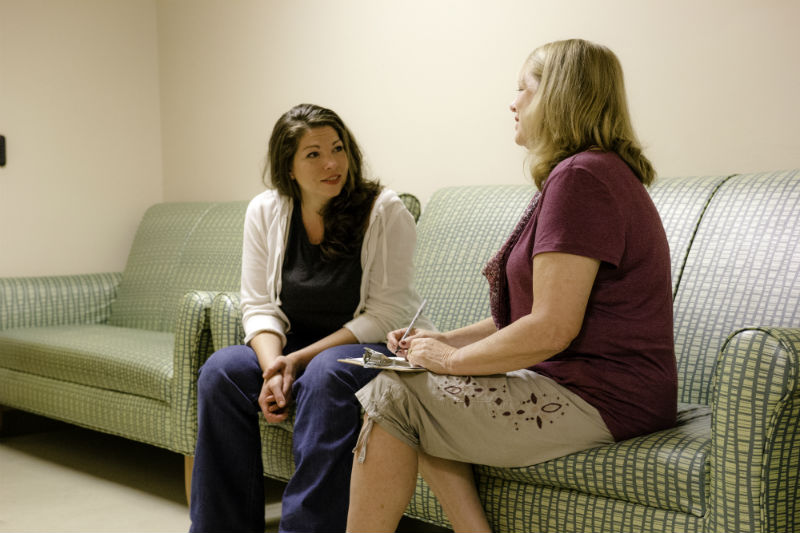 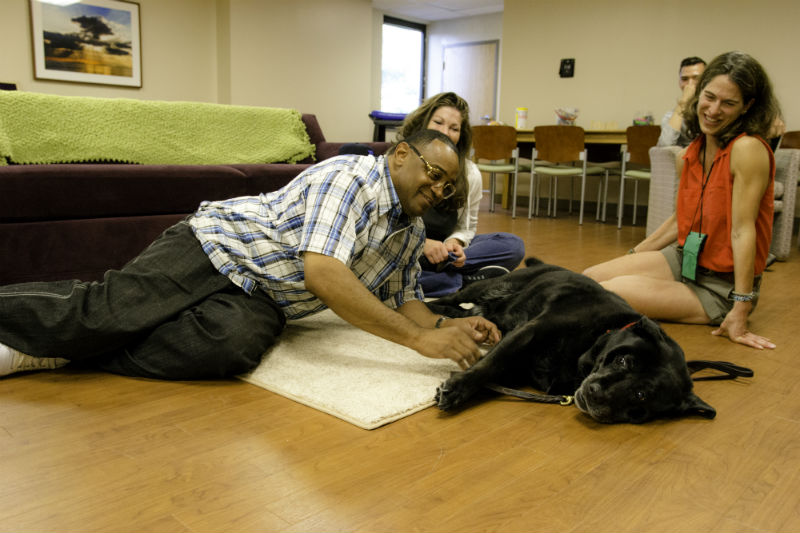 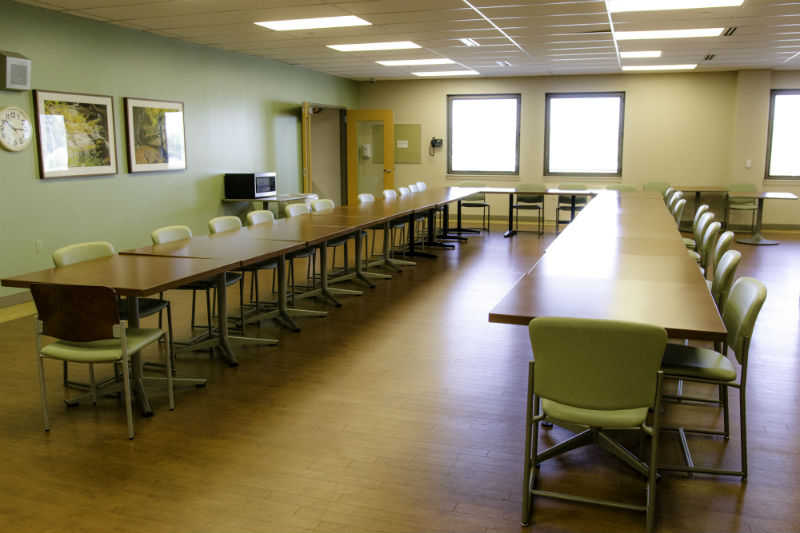